Depending on the olive variety we select, the organoleptic qualities will vary resulting in olive oils of different qualitie. 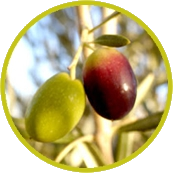 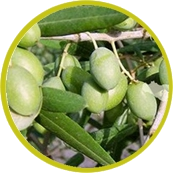 Ogliarola Barese
It is a variety of Italian origin and produces oil of good organoleptic characteristics. 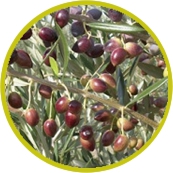 Koroneiki
It is the most present variety in Greece. Its olive oil is stable and of very good quality.

It has a high production capacity and is not resistant to cold. Excellent characteristics for olive oil production.

Cornicabra
This olive is also known as: Cornezuelo, Osnal, Pico de loro or Ramona. It is produced in Toledo and is characterized by giving rise to a fruity, very aromatic and slightly bitter oil. 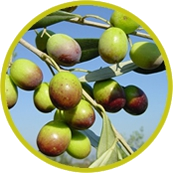 Verdial
There are three varieties of Verdial olives: Verdial de Huevar, Verdial de Vélez-Málaga and Verdial de Badajoz. They are known by this name given their peculiarity to keep its green color despite having already ripened. Depending on the variety they are produced in Málaga, Badajoz, Huelva and Sevilla. 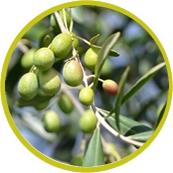 Picual
Also known as Marteña, Lopereña or Nevadillo blanco, this olive gives rise to an oil whose total fat index is the highest and stands out for a fruity smell and taste. It is produced in Jaén. 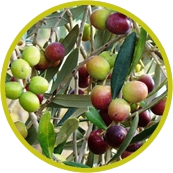 Hojiblanca
It is characterized by giving rise to an extraordinary olive oil, with sweet taste and hints of almond and apple.It comes from Andalusia specifically from Lucena, Córdoba. Malaga, Seville and Granada are cultivated. 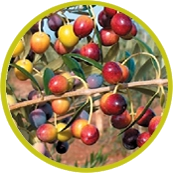 Arbequina
Although the oil obtained from this variety has a low stability it is considered one of the best oils in Spain.

It consists of a fruity oil commonly used as a dressing.